In forming MARCON, I was especially interested in how the 3 pairs of criteria would have reacted from the Oct' 2007 high to the latter part of 2009.

Lets have a look at the 2007-09 period, and how MARCON would have been labelled, in each of the monthly, weekly, and daily cycles. 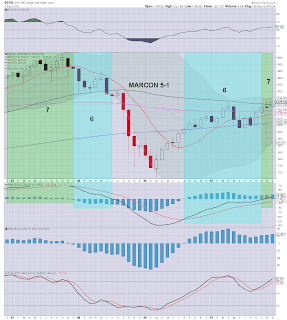 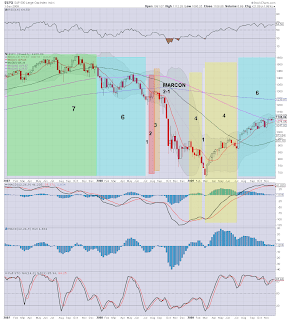 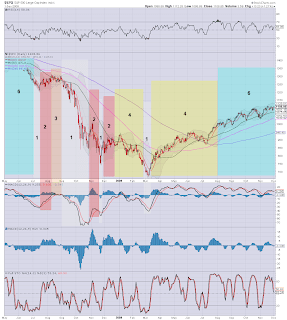 -the monthly cycles held largely bullish until July 2008, at which point MARCON was then able to reflect short/mid term trading signals.
-MARCON'1 was hit a considerable number of times in the collapse wave of 2008/09, with one period lasting almost two full months.
-MARCON'1 was very briefly hit in late Feb/early March 2009, at which point the weekly charts turned positive.
-the bigger monthly cycle took over again in August 2009 (sp'978-1039) with MARCON 6.
-it was not until Oct'2010 (sp'1131/1196) that the market fully recovered to MARCON 7.