US markets still holding the broader up trend

Despite a decline from sp'1850 to 1737, the US indexes are still broadly holding their multi-month upward trends - that stretch all the way back to Oct'2011, when the sp' was a mere 1074. MARCON remains holding at 7, but with threat of 6 in the early summer. 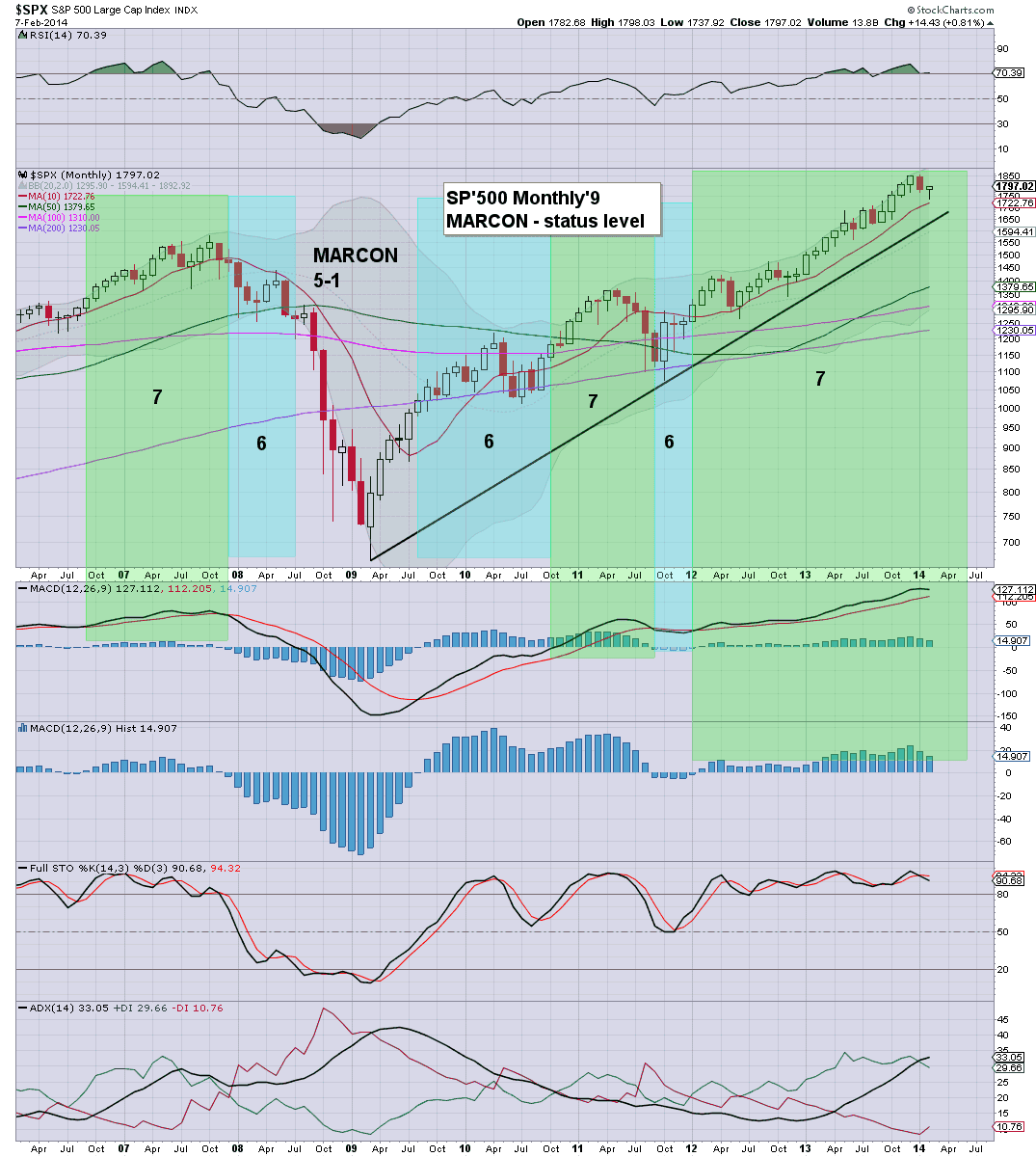 So, despite a multi-week index decline of around 6% - with the strongest downside intraday price action since Dec'2012 - along with VIX in the 21s, the broader trend remains outright bullish.

MARCON 7 looks likely to hold until at least April, with the sp' perhaps battling into the low 1900s.

Regardless of the near term, it does look increasingly likely that the US market will see a sizable market correction this coming summer.

A reminder on the ongoing QE from the US Fed. QE taper'3 looks probable at the next FOMC of March'19. That will take monthly QE down to $55bn, but that still amounts to rather huge annualised total of $650bn. 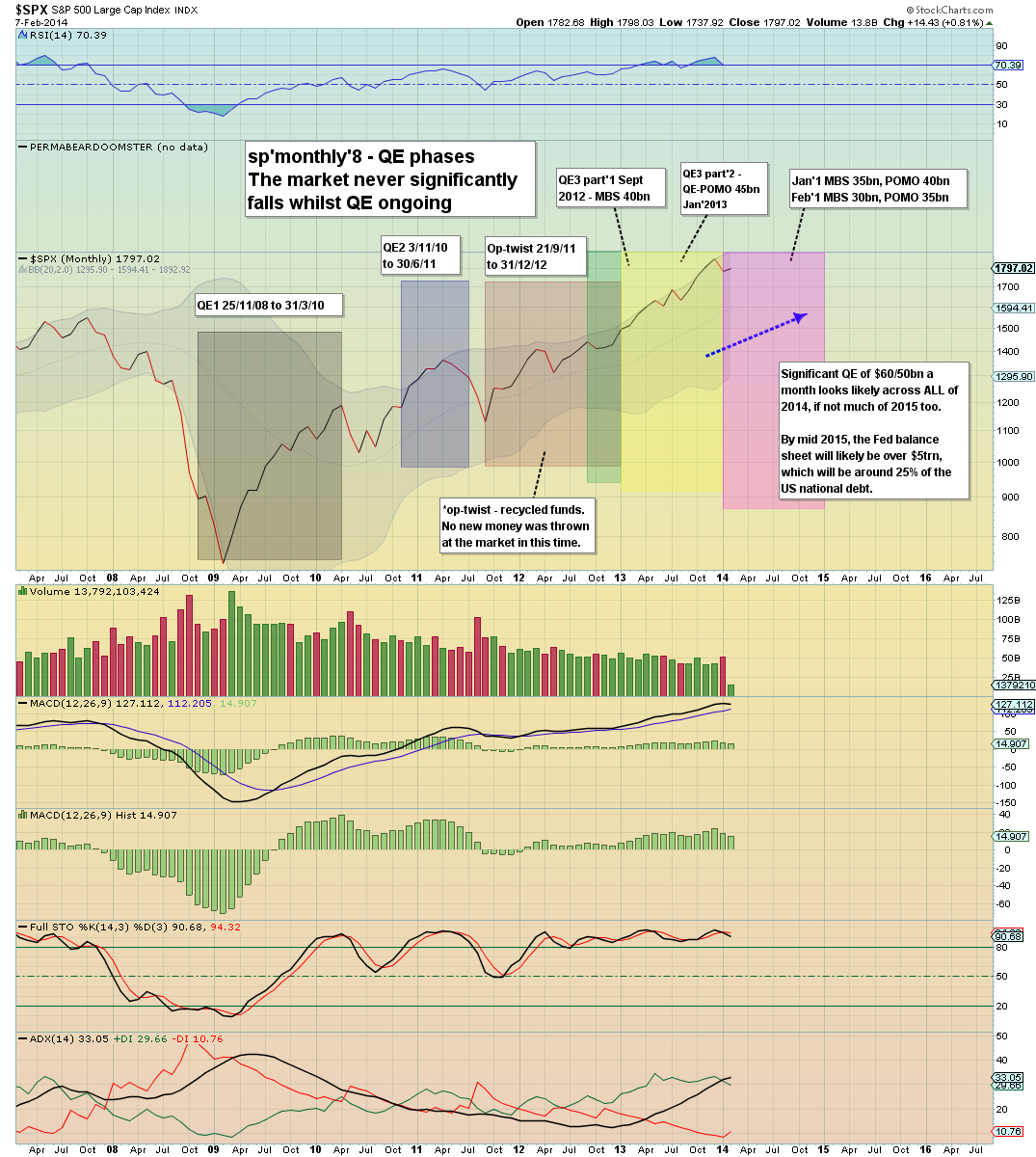