January ends on a bearish note

After a number of brief bearish teases since last October, the equity bears have finally achieved the first bearish monthly close on the sp'500 since Jan'2012, resulting in MARCON 6. Outlook in the immediate term is now bearish, with the door opening to the sp'1920/00 zone by mid February. 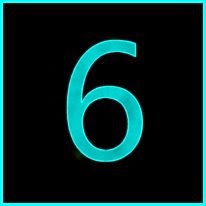 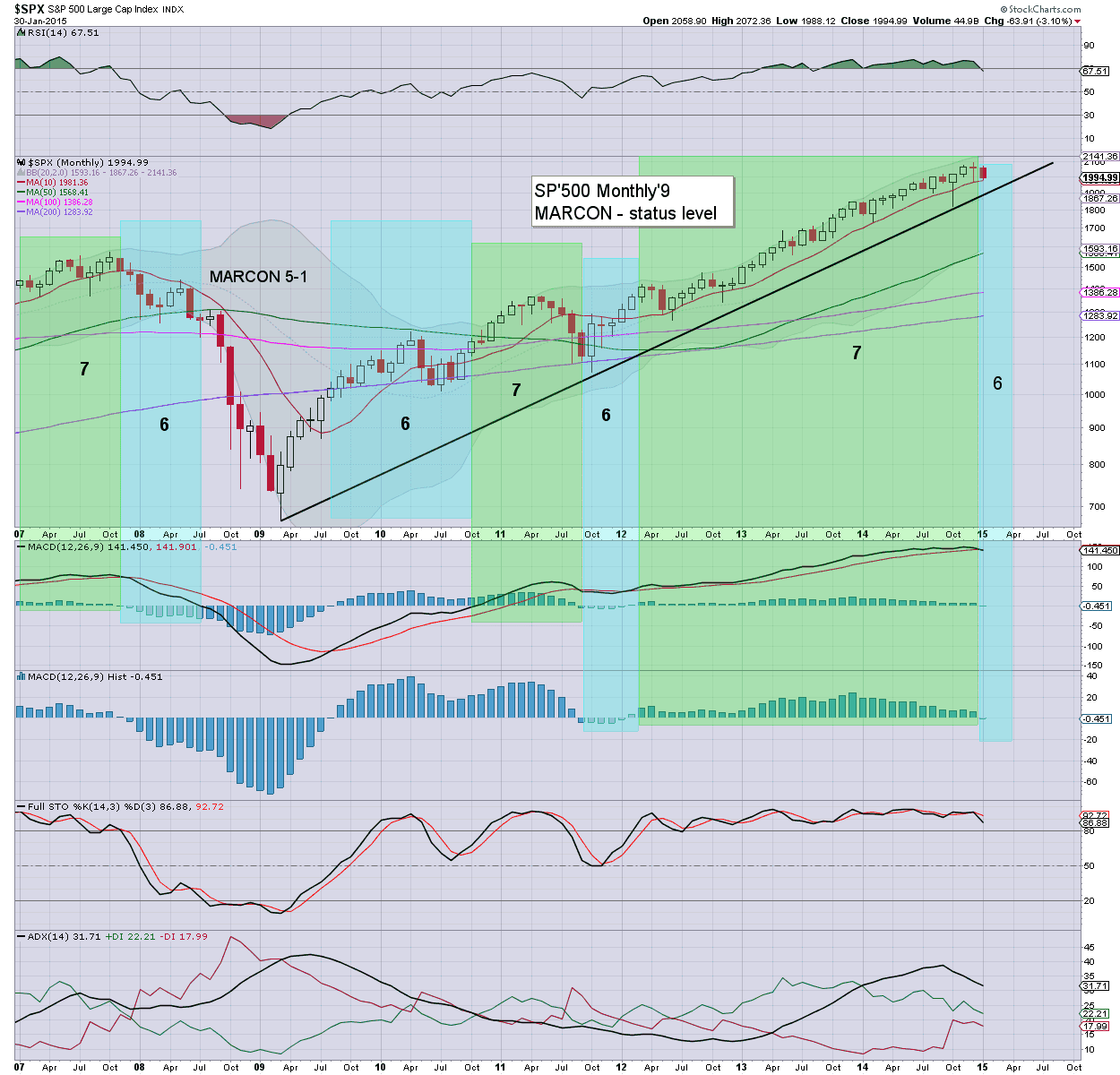 It has been THREE full years of waiting.. and finally, the equity bears have achieved a bearish monthly cross on the sp'500.

Certainly, the primary up trend is STILL intact, but the January close was particularly weak.

Back to outright bullish

With significant gains into the long weekend, the monthly MACD cycle on the sp'500 has lost its bearish cross, and is back to outright bullish. As has been the case since October, the equity bears are being periodically teased by Mr Market... and so far.... still no conclusive bearish monthly closes. 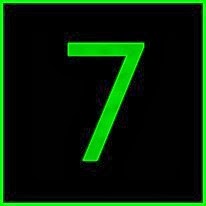 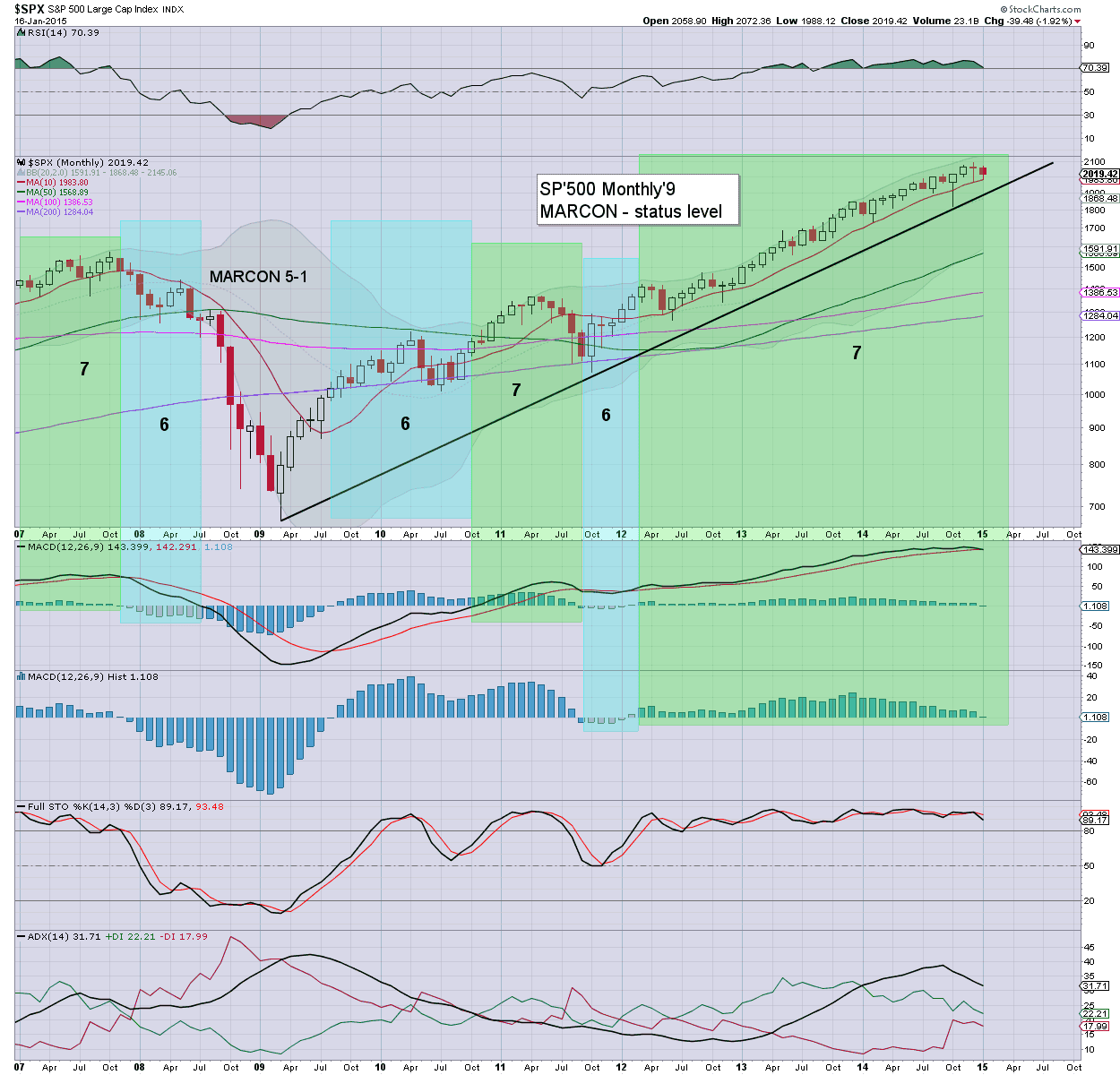 Back to MARCON 7, and with the ECB set to announce major QE next Thursday, January could yet close net positive.

As ever... it is how we close the month that matters.
Posted by Trading Sunset at 21:20

With a daily close of sp'1992, the monthly cycle settled the day with a bearish MACD cross. That has happened barely 4 or 5 times since mid October. If January closes negative cycle, we'll have the first confirmed monthly bearish close since Jan'2012. 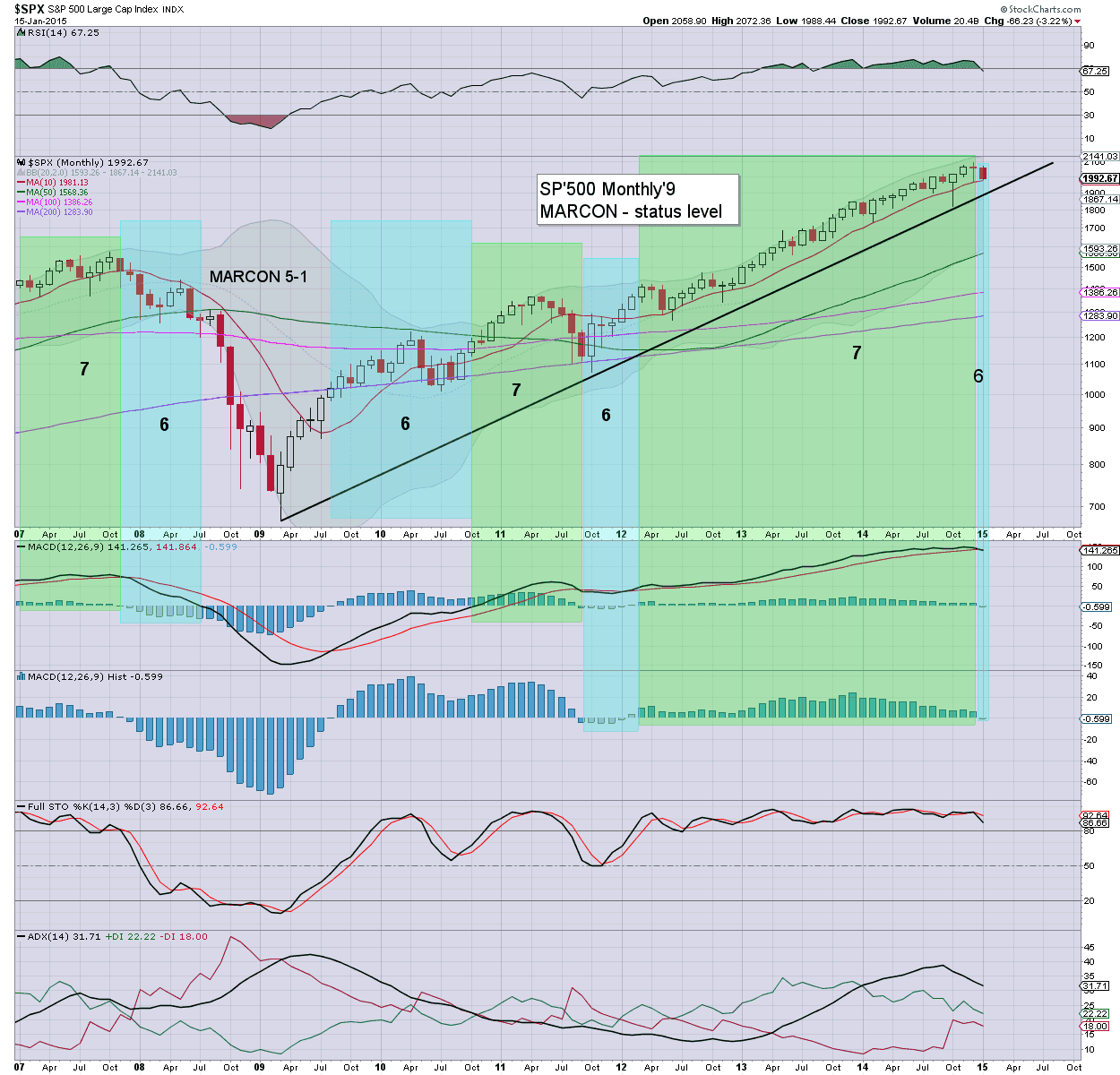 Suffice to add.... how we close the month.. that is what matters.
-

*ohh, for those of you wondering, yes, I'm aware that the Dow and R2K have been the equivalent of MARCON 6 for some months, but I try to focus on just the sp'500. I simply do not have the time to cover all the indexes.
Posted by Trading Sunset at 21:22

US equities again flirting with a major turn

With the break back under the giant sp'2000 threshold, the monthly MACD cycle has given a bearish cross.. the first sign of a broader trend change. Yet... the same event happened in mid October, only to last a few days. A mere week ago... MARCON' 6 was hit... but held for mere hours. 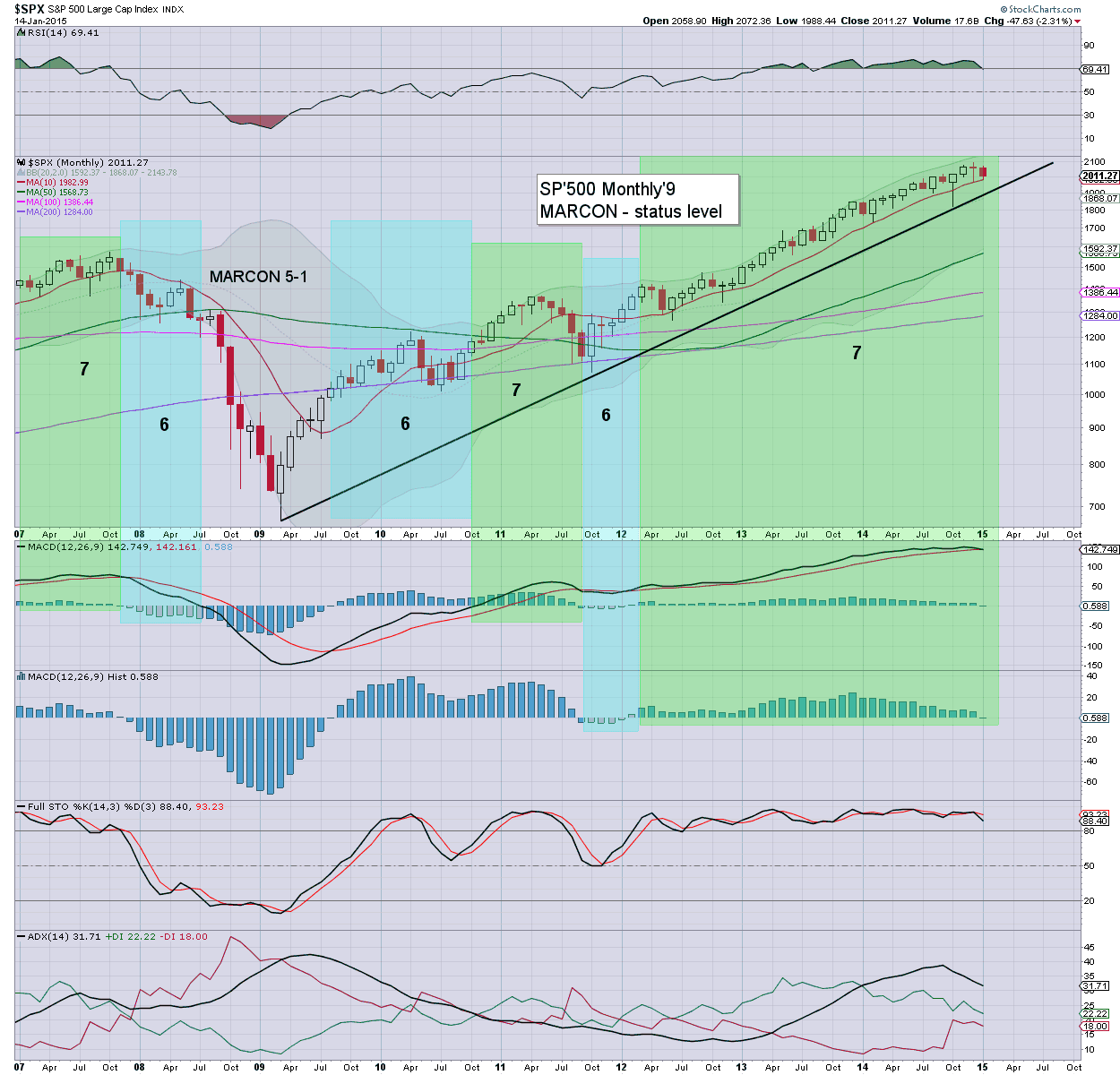 *with the market clawing into the Wednesday close, the monthly cycles negated the bearish cross from earlier today.
--

Suffice to say, the equity bears have been teased a fair few times since the autumn.

As ever.. its not so much the intra-month action.. but how we close the month.

Considering the ECB are set to announce QE - t-bond buying next Thursday, I would not expect the monthly cycle to remain negative (MARCON 6) at the close of January.

Holding at MARCON 7
Posted by Trading Sunset at 21:28