Lets have a look at the 1998-2004 period, and see how MARCON would have been labelled, in each of the monthly, weekly, and daily cycles. 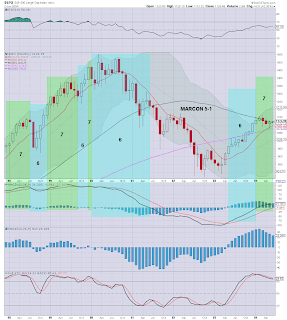 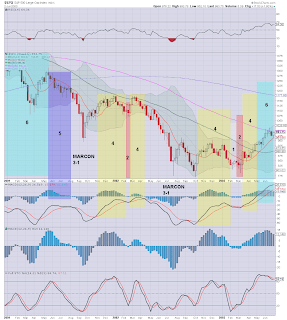 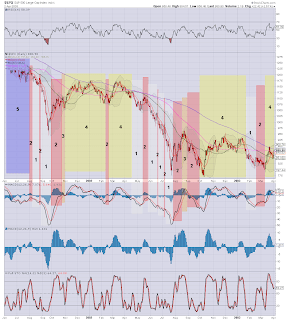 -the monthly cycles held largely bullish until May 2001, at which point MARCON was then able to reflect short/mid term trading signals.
-MARCON'1 was hit a considerable number of times, with three distinct periods. one period of MARCON 2/1, lasting from April-July 2002.
-MARCON'1 was briefly hit in late Jan'03, through to mid Feb, at which point the weekly charts turned positive.
-the bounces largely held under the monthly10MA until the recovery began in Mar'2003.
-the bigger monthly cycle took over again in May 2003, with MARCON 6.
-it was not until Jan'2004 that the market fully recovered to MARCON 7.